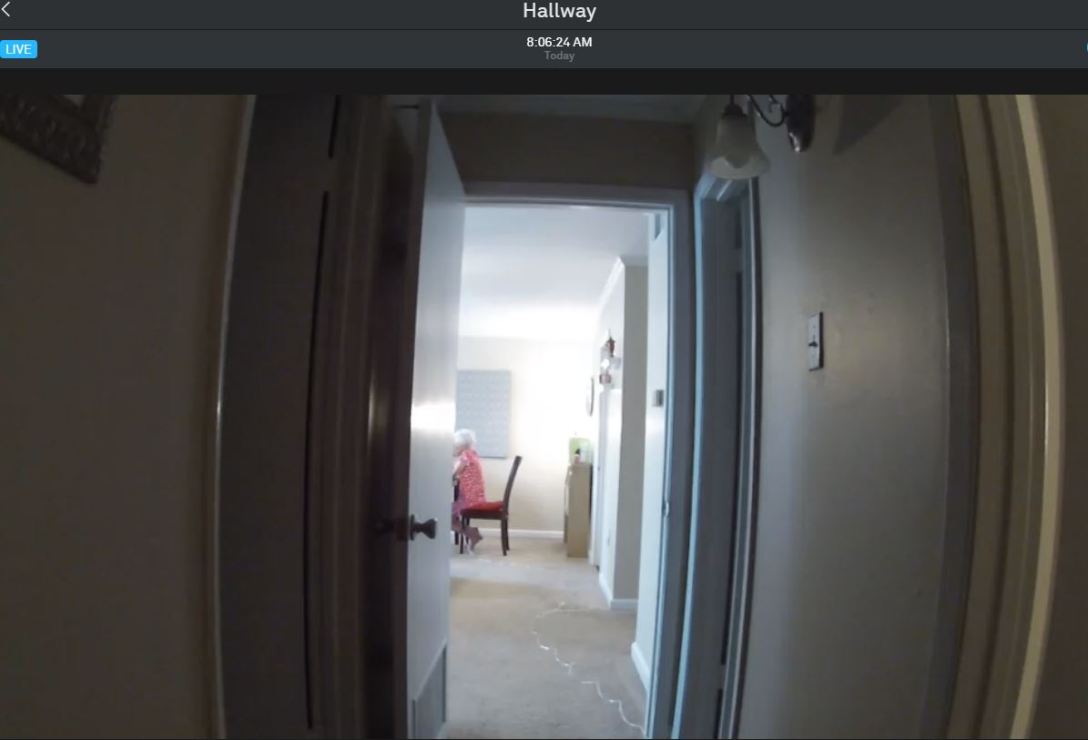 Life of late seems like adjusting to a series of new “normals” — life before Mama J. Life since November. And now, this, the aftermath of last week.

Mom’s new normal includes a set of sitters/caregivers, both live and virtual. After her fall and a conversation with her primary hospice nurse, we realized that she could not stay by herself, at least not for a while. I slept (and I say that quite loosely) on the blowup mattress in her study for five nights while B recovered from the flu. We hired a caregiver service for seniors, and a succession of very sweet aides came for several days, both to ensure she was okay and to give me some respite.

Once we realized Mama J’s cognitive functioning was getting back up to par, we decided to scale back the caregivers from 12 hours a day to a half day, so that someone would be there during the “heavy lifting” part of the day, helping Mom to cook breakfast, making her bed and so forth. And with the loving generosity of my dad, we purchased four security cameras, which we installed in her hallway, kitchen, living room and bedroom, to keep an eye on her when she is by herself, particularly at night. She now has a CNA who comes three times a week to help her bathe (after giving her two showers in the midst of all of the strain of the past week, I am grateful for this part beyond measure).

Mama J hasn’t flinched about any of this. She hasn’t raised any questions about my/our decisions to hire a caregiver, or to intrude on her privacy in this most invasive of ways. During the second shower I gave her, she simply said, “Well, I guess I can’t do this by myself any more.” Matter-of-fact, Mama J-style. She responded to the addition of caregivers by assigning them projects like decorating Easter rabbits and teaching them how to properly cook her eggs, scrambled soft, and her bacon, slightly underdone. We think she secretly loves having someone to boss around.

An alert sounds at night when Mama J goes down the hall to the bathroom, and we can make sure she gets back in bed safely. I try not to leave the cameras on all the time, except to peek in on her now and then. She has not bounced back, physically. A couple of years ago when she was in the hospital for pneumonia, her physician told us that each time she had a physical setback, she might not regain the same level of strength, each new plateau lower than the one before it. I’ve had to be apart from her for several days now after succumbing to flu myself, and with each passing day of separation, I am acutely aware of the missing precious time.

And I’ve started planning her funeral. I’ve talked to funeral homes, a crematory, her church back home. I’ve ordered a guest book and printed some favorite recent photos, found some remembrance cards to order when the time comes. I know which songs she wants sung, that she wants her dear and longtime Scouting friend Cliff McBride to speak at her service, that she wants her ashes sprinkled on the Boy Scout camp hiking trail named for her late husband.

So much feels out of control. We do not know the day and time earmarked for our departure from this earth, and I do not know how much longer we have with Mama J. But I can plan and organize and watch and pray and wait for whatever our new normal will be … and hope that it is not soon time to end the Adventures With Mama J.

View all posts by Gail S.